Scenario: We wanted to unbind a physical NIC from the iSCSI kernel on  a particular host. This requires a reboot of the ESXi host. KB1030674 if anyone is interested!

Caveat:  We recently upgraded one of our clusters to ESXi 5.1 from ESXi 5.0 and this was the first reboot after the upgrade. 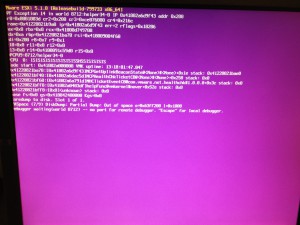 My first assumption was that it was related to the iSCSI software initiator.  However it appears that if you have beacon probing enabled on ANY switch this host is connected to then you may get this message. This is a known bug  and will be fixed in the next release of ESXi 5.1 (due 2013).  A  simple reboot sorted the problem out.