After an upgrade of NSX from 6.2.4 to 6.3.4 in a vCloud enivronment (8.20) several VPNs refused to connect from NSX Edges to a variety of external devices.

We attempted disabling/re-enabling VPN, redploying the Edge (and thus upgrading to 6.3.4) and removing/add the VPN configuration. All failed.

Looking at the backend NSX Manager. 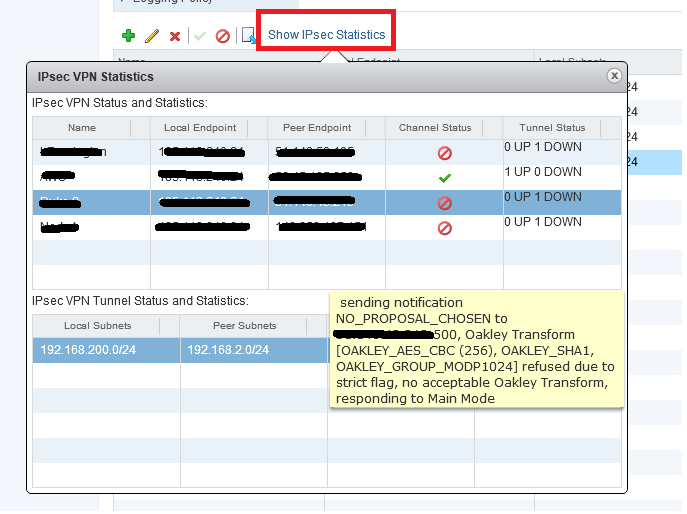 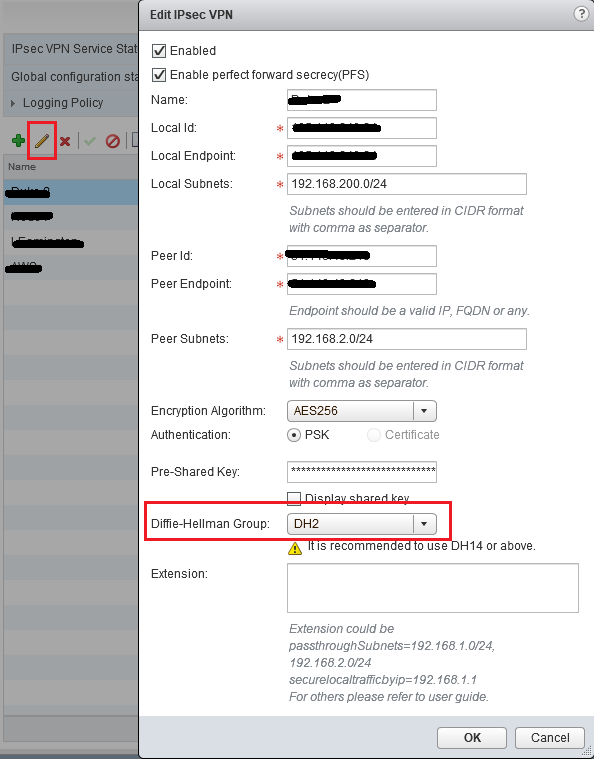 Note; This can also now be changed via vCloud Director Tenant Portal – as seen below: